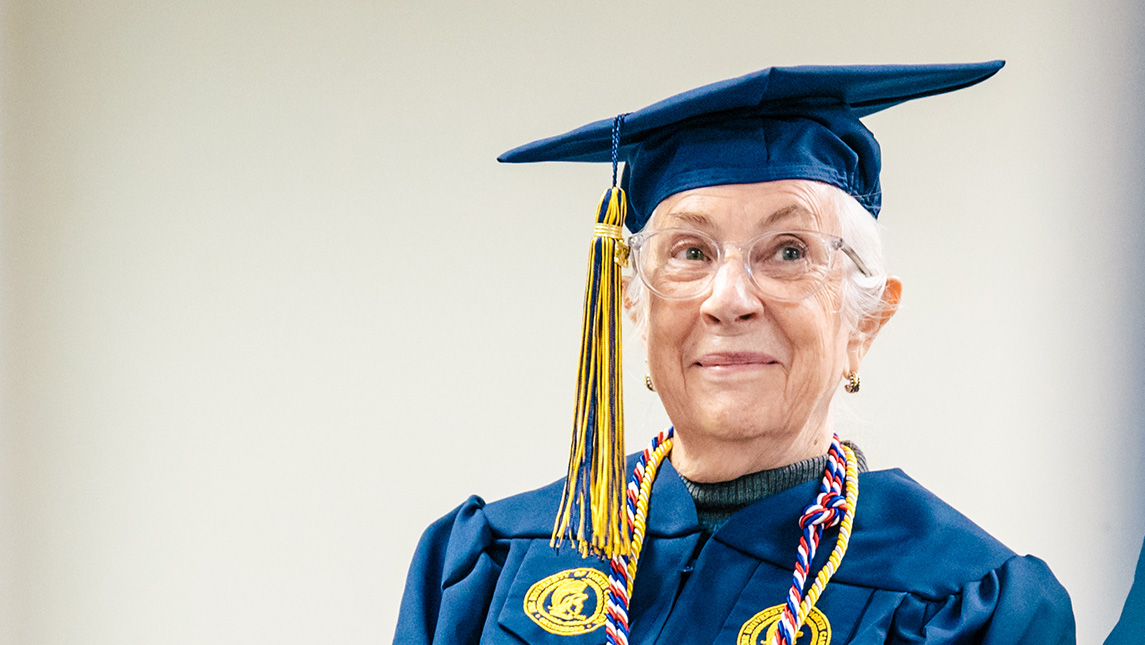 “To learn is not to know; there are the learners and the learned. Memory makes the one, philosophy the other.”

“The Count of Monte Cristo” by Andre Dumas

Bonnie Miller ’82, ’22 has always aspired to be among the learned. At UNC Greensboro, she found a community that encouraged that mindset.

The French and Francophone major persisted through the educational challenges of being an 80-year-old non-traditional student. This December, she celebrates with the rest of the Class of 2022 and gets ready to move on to her next learning opportunity in UNCG’s Masters of French program.

Miller first joined UNCG more than 40 years ago. In 1982, she completed a degree in social work. She describes the program as “a smaller department, but it was practitioners, real social workers who taught the classes and taught me how to be a social worker.” She also worked in the administration of UNCG’s French studies department.

After 30 years doing social work for Guilford County, Miller decided to revisit her childhood. While her father was serving in the U.S. Army, she’d spent about 15 years in the South of France and spoke French as a child, but over the years she had lost her fluency.

It all began when Miller sat down one day to read “The Count of Monte Cristo” in the original French. According to her husband, Bob Miller, “She started to read it, but she found that what she remembered about French was not quite up to the level necessary to read the real French versions of the story. So, she said, ‘I think I’ll go back to school.’”

It was this curiosity that began Miller’s journey, but it was pure perseverance that finished it. Miller turned to the French and Francophone studies department at UNCG in 2018 to rejuvenate her childhood language skills. “I have been connected to the University for many years, and I wanted to take a few classes,” she says. “I started as an auditor and I liked it so much that I thought, ‘Well, why don’t I see if I can get this so that it will eventually go into a degree if that’s what I decide.’ So, that’s what I did, and it was wonderful.”

With the help and support of Dr. Cybelle McFadden, director of the undergraduate studies in Languages, Literatures, and Cultures and an associate professor of French and Francophone studies, Miller accomplished nearly five years of study with the pure and original goal of education: learning. “This was something brand new. I took a class on colonialism, something that was totally new to me, and I loved it. I particularly liked the classes about the French Renaissance, but what they were actually teaching was much broader than I had expected, so I learned a lot of new stuff. I said, ‘Let’s see what else is there.’”

French and Francophone studies at UNCG is not merely about learning a language. It’s about understanding the history and the culture of places that have been touched by French influence. Typically, students that pursue a B.A. in French and Francophone studies go into translation, teaching in higher education, or they continue their own education with a master’s degree as Miller is doing.

“Keep the mantra of keeping an open mind,” she encourages other students. “Nothing that you get in college is a waste of time. Nothing. The way you look at life will be enriched by it. If you have a feeling that a field of study is right for you, go for it. Be yourself; if your body tells you ‘I don’t think this is for me’, then just move on. You may have to try it for a while to get that sense but put a little trust in yourself. That would be my advice.” 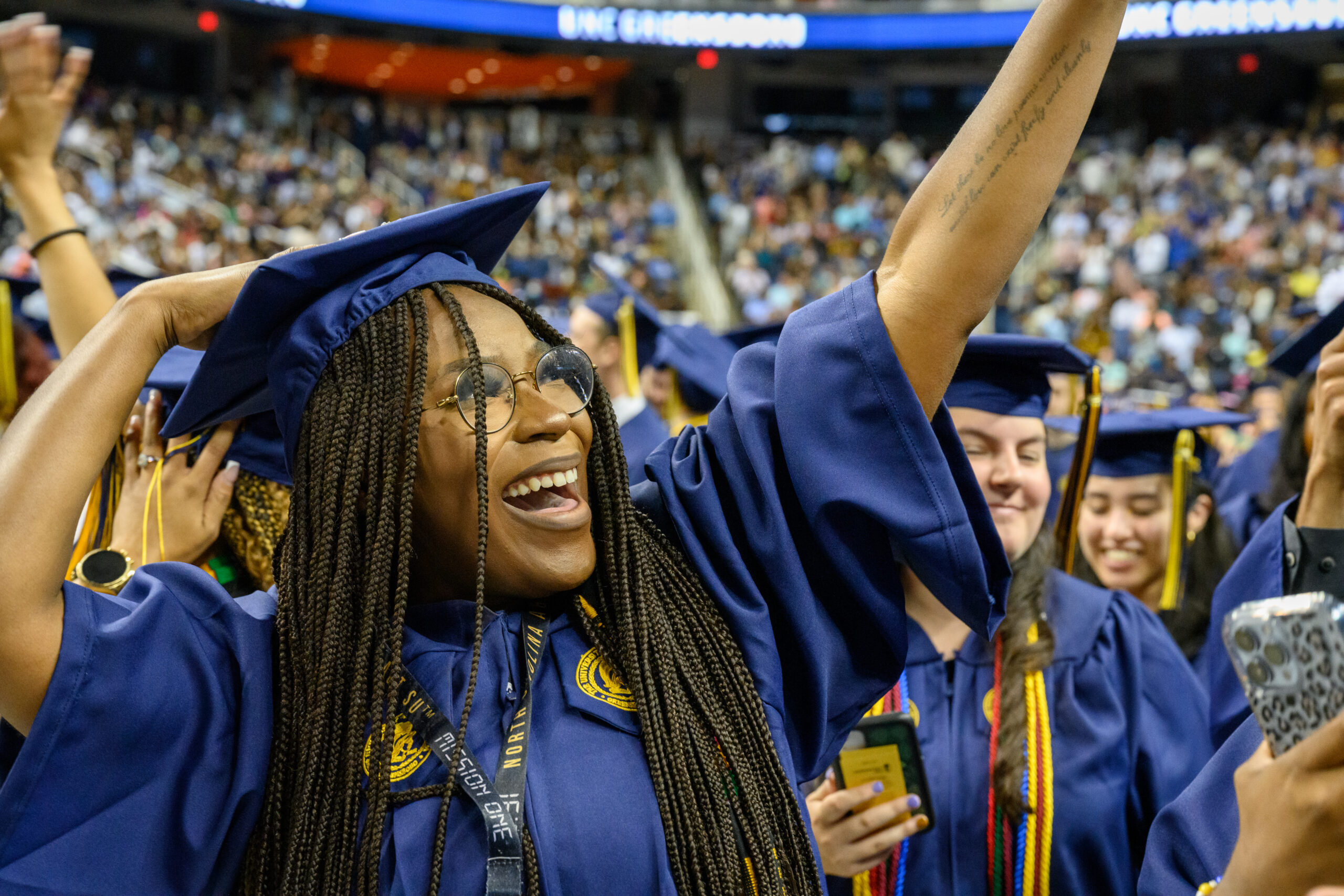 Graduates are invited to share their accomplishments on social media by using related “digital swag,” tagging posts #UNCGGrad, and using Commencement-themed Snapchat filters at the Greensboro Coliseum. The University will display #UNCGGrad-tagged Instagram and Twitter posts live before the ceremony. Graduates are also encouraged to use the Commencement 2022 persona in the UNCG Mobile App.