How UNCG handled the 1918 flu pandemic 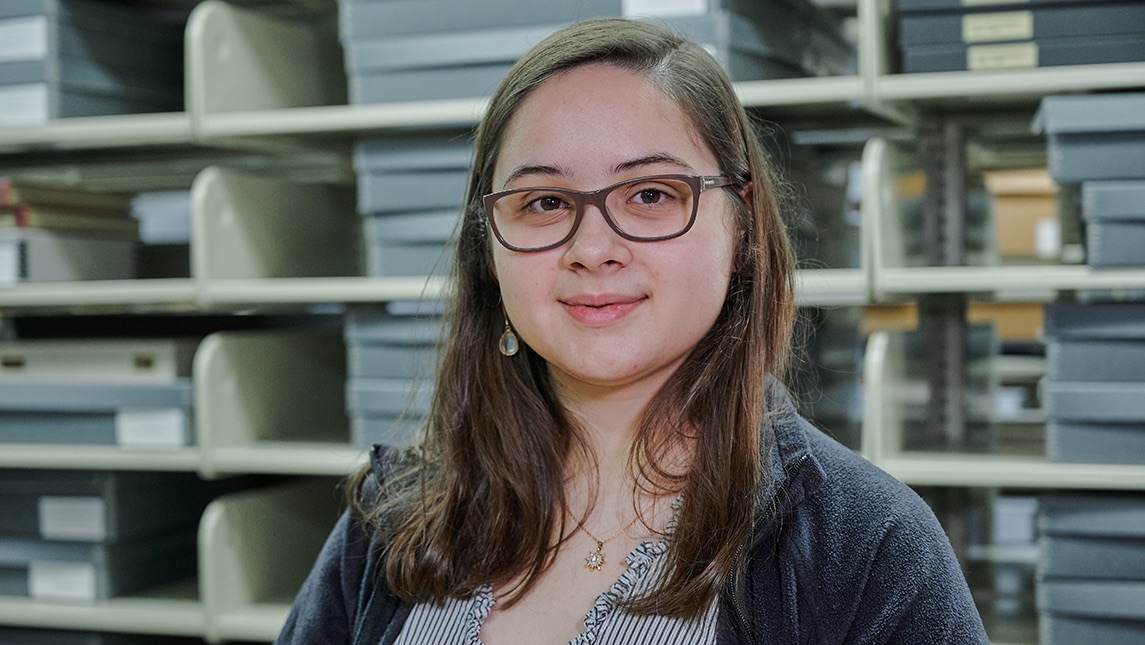 COVID-19 is not the first pandemic our campus has faced. In early 1918, influenza made its way to North Carolina and hit what was then called State Normal and Industrial College. Of the 1,164 students enrolled for the 1918-1919 academic year, about 200 students contracted the flu. Remarkably, no students died.

Neither Knight nor Lawrimore could have predicted that this research would become so relevant.

“Abigail’s research demonstrates the continued relevance of history,” says Lawrimore. “When she first selected this research topic, we had no idea just how relevant it would be. But we can examine the past, learn from successes and mistakes, and think critically about how we can apply that knowledge to our situation today.”

Learn more about Knight’s research in the Q&A below:

How did State Normal and Industrial College handle the flu pandemic?

We followed the directives of the state and modeled what other universities were doing. This was also during the time of WWI, and because we were an all-female school, we didn’t have army training camps on campus, so State Normal responded by shutting everything down. Their version of quarantine was that no one was allowed to leave campus, and no one was allowed to come onto campus.

Students and faculty also had to practice social distancing, much like we’re doing today. They limited the number of students that could be in one place at one time. This all proved to be pretty effective because most students at State Normal didn’t contract the flu. This is pretty remarkable because the other colleges I looked at, NC State and UNC Chapel Hill, were not so lucky.

It was also interesting that the school’s resident physician, Dr. Anna Gove, was in France during this time supporting the war effort abroad. This meant that campus had a different physician, Dr. Anna Kleegman. During the pandemic, Foust and Kleegman worked together daily to manage the situation on campus. Pleased with how Dr. Kleegman handled the pandemic, and Foust sent her flowers and a letter telling her thank you for all she had done as he was certain she had helped save many student lives.

Social distancing is one of the biggest similarities. Students weren’t allowed to go places or gather in groups, and just like today, their everyday social lives were disrupted. Not only did the campus shut down, but everywhere else pretty much did as well. They weren’t going to church or shopping like they normally would. They even canceled Founder’s Day, a tradition we still celebrate today.

One of the things that surprised me during my research is that it was really hard to find letters of students who lost hope during the pandemic, even though the flu was targeting the young and healthy individuals who wouldn’t normally get sick. I’m sure some were, but it didn’t really stop students from doing what they needed to do. People were still carrying on with their lives as much as they could, just like we are today. For example, we are continuing education online, and back then, they continued classes as well as they could. We know this because President Foust sent a letter to faculty giving them a list of distance students who were in Greensboro, but not on campus, and he made sure faculty members were staying in contact with those students to continue their education.

One of the biggest differences was the fact that students stayed on campus and rode out the pandemic. Another difference was how President Foust handled most of what the university went through. Most of my research has been reading his letters from the time of the pandemic, and he fielded a lot of questions. For example, there was an infirmary on campus with a high number of students sick. For every student and every day she was in the infirmary, President Foust would send each student’s family a letter updating them on her condition. That was a personal touch I wouldn’t have expected, and it was fascinating to read those letters.

What do you think we as a university community can take away from this research and this historical event?

I think one of the biggest things we can take away is that all will eventually get better if people are willing to do what needs to be done. I’m sure that even in 1918, no one wanted to self-quarantine anymore than anyone does today, but they did for a long time, and it eventually paid off. The flu peaked at State Normal in mid-October in 1918, and by the time Christmas break rolled around, students were finally allowed to leave campus and come back for the spring semester. In the spring semester of 1919, when fear of the flu began to subside, students came out to celebrate their release from being trapped on campus. The restrictions that had been imposed during quarantine no longer dangled over their heads, and the fact that none of their classmates had been lost to the disease that seemed to be taking so many left great cause for celebration.

What was one of the most interesting things to come out of your research?

I feel like I became close to President Foust in a way as I read almost all the letters he wrote in 1918. An account that stands out to me is that he and President Graham of UNC Chapel Hill were pretty close acquaintances, and they would write letters back and forth. When President Graham died from the flu, President Foust wrote a letter to his sister calling his death the greatest and most severe loss that North Carolina has seen in the past several years.

What is the importance of this research as it relates to our current situation?

It’s important to look back at the past. With every new disease, we learn a little bit more. Back in 1918, they were trying to come up with ways to keep people healthy and safe, and a lot of the measures that they were taking then, we can see reflected in today. So, looking at the past and seeing what has worked and what hasn’t can help shape what we do in the future when we face a pandemic.

It’s really interesting to go back and see that 100 years ago, the people that were going through this had the same fears and emotions as we do today, and they were able to get through it. It is encouraging to consider how resilient State Normal and Industrial College was. Records of students and accounts of faculty members hardly dwell on the difficult times. No matter how many class scrapbooks and personal manuscripts one might look through, one would be hard-pressed to find accounts of how the quarantine impacted the lives of students. Instead, they were writing about the bonds and friendships that they had with one another.

Learn more about Knight at uncgstories.uncg.edu.