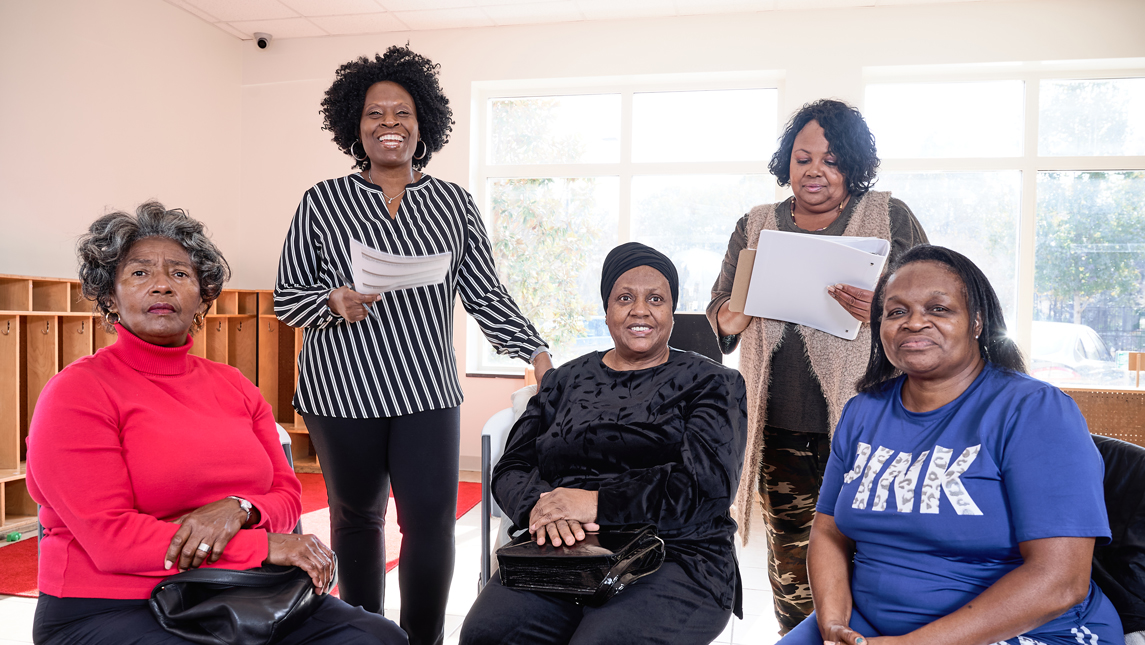 Dr. Tyreasa Washington studies African American children and families, particularly those involved in kinship care – when a member of a family cares for children that are not their own but may be grandchildren, godchildren, or otherwise related.

There is a long history of informal kinship care in African American communities, Washington says. Previously, the associate professor in the  Department of Social Work has focused on outcomes centered around the children, and that research has been supported by grants from the National Institutes of Health.

It has been shown that kinship care is beneficial for children who might otherwise be in foster care, and Washington is now looking at the health effects on those caregivers.

This summer, she received a $273,492 grant from the Eunice Kennedy Shriver National Institute of Child Health and Human Development for the project “Reducing Alzheimer’s Risk among African-American Kinship Caregivers.”

Washington has already seen that African Americans providing kinship care are at risk for both chronic stress and cardiovascular disease, which increase the risks for Alzheimer’s Disease.

“This is a public health concern because Alzheimer’s Disease is responsible for high health care costs and caregiver burden, as well as increased disparities,” she says.

African Americans are already overrepresented in Alzheimer’s Disease cases – two to three times more likely to suffer from it than Caucasions. Washington says they are also disproportionately affected by cardiovascular diseases.

Her research team plans to identify modifiable risk factors and protective factors for both stress and cardiovascular disease, which will lead to the development of culturally informed interventions to potentially mitigate the onset of Alzheimer’s Disease in African American kinship caregivers.

Through 60 observations, the team will evaluate the health and stress levels of caregivers and find out how they reduce stress in their lives, and how they maintain their health, both physically and psychologically.

“Many are folks who have raised their own children, and now they’re making a sacrifice to help their family and to help society. For them to step up as caregivers – they get personal satisfaction but, really, they are doing a service to society,” she says. “I’m interested in helping them to promote their health, the best they can. We want to offer support to both the children and the caregivers.”

Washington says that in many of the kinship care situations, the caregivers are not only caregivers but also working to support their families. In North Carolina and in several other states, kinship caregivers do not receive financial support like they would if they were foster parents.

“It’s a lot to take on,” says Washington. “And I hope we can get some resources to help them. I believe it will make a difference at some point in their lives. We want something that works for this particular population.”

Washington is currently serving as the co-chair of the Society for Social Work and Research (SSWR) Child Welfare Cluster, she is the recipient of the 2020 UNCG Thomas Undergraduate Research Mentor Award. She is undertaking this research project in collaboration with NC A&T’s Center for Outreach in Alzheimer’s, Aging and Community Health

For more information about the research, contact Washington at 336-256-8594 and nc.kinship.study@gmail.com.