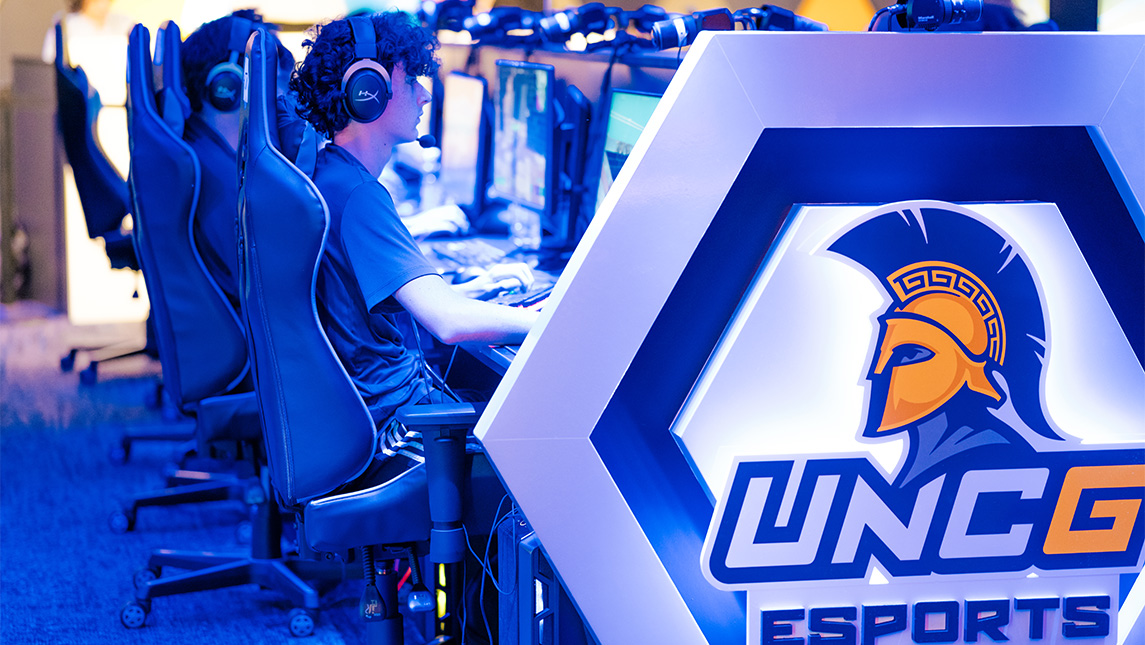 In the span of two weeks, UNCG fans have stormed the streets for basketball and celebrated big soccer wins in the NCAA tournament. Now our Spartan gamers are gearing up for their first collegiate esports tournament!

Each team will be represented by four players who will battle in a double-elimination tournament. Players will vie for a $1,000 prize pool. Fans are encouraged to tune into the livestream to watch the matches beginning at 5:00 pm.

The tournament livestream will feature shoutcasters Life With Panda, UNCG student Austin Holder, and the manager of UNCG Spartan Fortnite Team, Mohammed Khalafalla. “I am thrilled to have this opportunity to give esports competitors a voice in something that we are all proud of and passionate about,” said Khalafalla. “This is another step in the right direction to show not only UNCG, but campuses across the country, that esports is a legitimate sport like any other. I feel privileged to be a part of it.”

Although many universities have esports clubs, UNCG’s new esports arena enhances student life while also working in tandem with the University’s commitment to offering academic paths to careers in emerging industries. Currently, there are more than 175 million video gamers in the United States, with that number expected to hit 182.6 million by 2024. In 2021, 465.1 million people watched live-streamed gaming content, and that number is expected to reach 577.8M by 2024. UNCG offers a non-credit certificate program in esports and a Bachelor of Science Degree in Hospitality and Tourism Management with a concentration in esports.