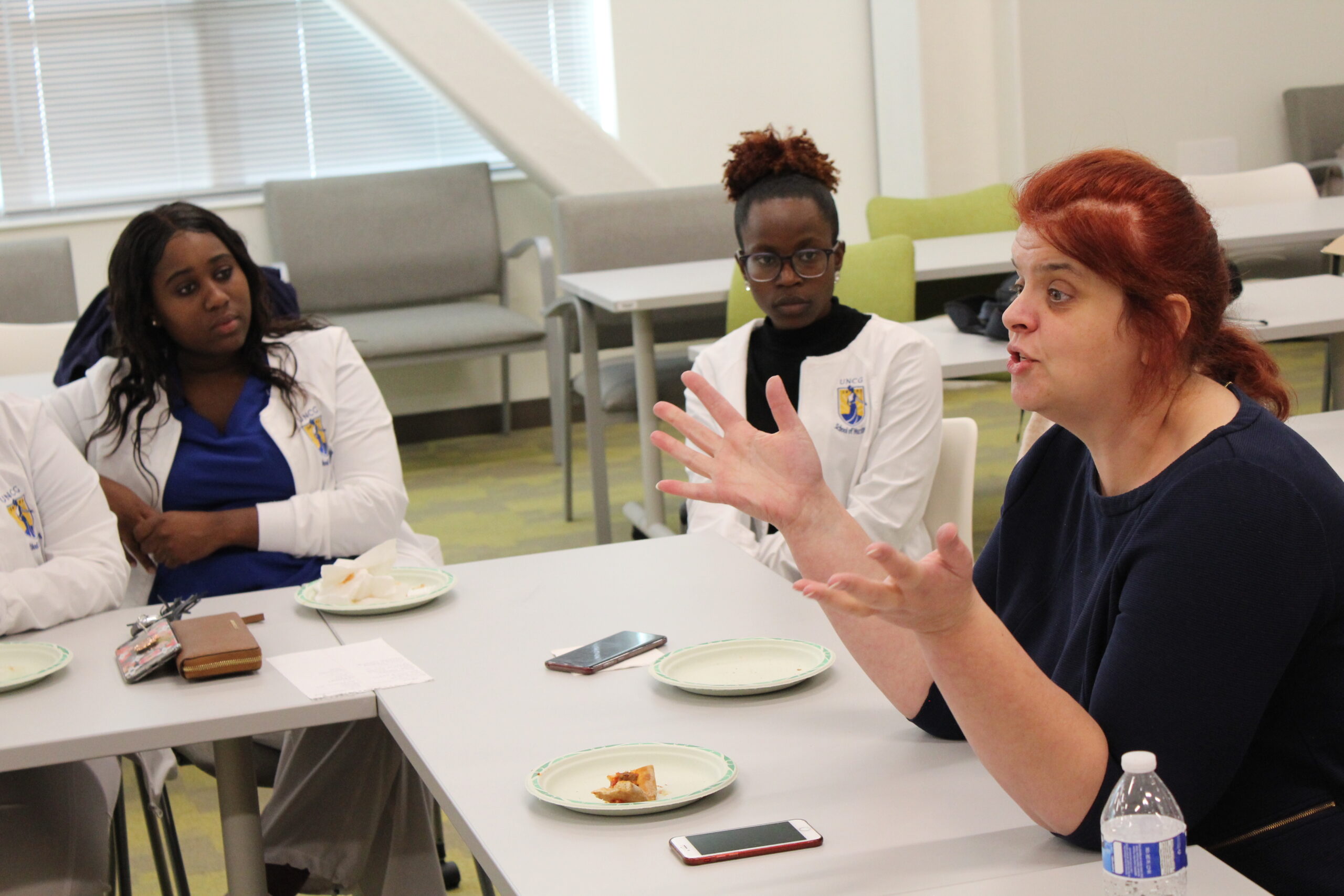 Like most people living in Moldova, Dr. Oxana Sarbu said her knowledge of the United States was limited mostly to what she had seen in Hollywood films.

Sarbu gained a much better understanding of the nursing profession in the U.S. after spending more than a week interacting with students and faculty members in UNC Greensboro’s School of Nursing, as well as registered nurses at Cone Health.

Sarbu was part of a small delegation of faculty members from Moldova’s Nicolae Testemitanu State University of Medicine and Pharmacy (USMF) that visited Greensboro from Oct. 11-19. The goal of their visit was to learn best practices for teaching bachelor of science in nursing (BSN) students, which is a new concept in the small eastern European country.

USMF accepted its first class of BSN students in 2018. The students have already embraced the American standard for what nurses are capable of in their roles.

“If you would say, ‘That will be just like in the United States,’ [they will be like] ‘Oh, I will start not tomorrow. I will start today.’”

During her time in Greensboro, Sarbu observed registered nurses as they provided care to patients and interacted with other members of the care team. She spoke with nursing students and watched as they participated in simulation training experiences coordinated by UNCG faculty members Dr. Deborah Lekan and Dr. Susan Collins.

Sarbu said she was struck by the different ways nurses in the U.S. play a critical role in the care of patients. She learned American nurses explain information to patients, and unlike in Moldova, they coordinate with a team of physicians and caregivers to make decisions that are “most important for the moment.”

“It’s a great challenge for our system because our system of health is more different than in the United States,” said Dr. Lora Gitu, who was part of the Moldovan delegation. “But we have hope, and we have a dream to change the things in our country.”

Story and photography by Alex Abrams/School of Nursing 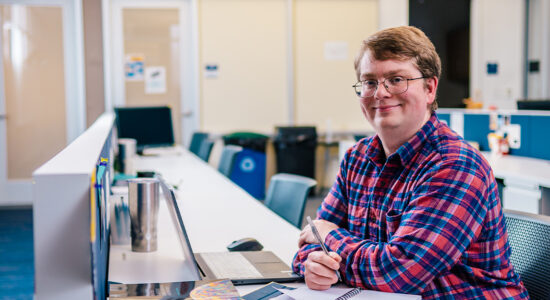 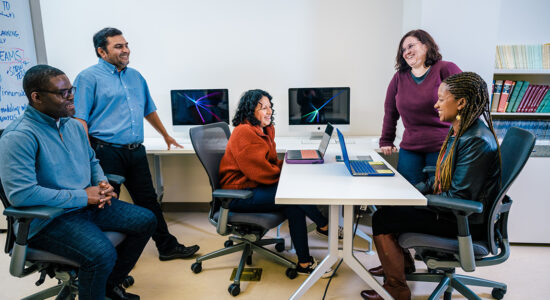