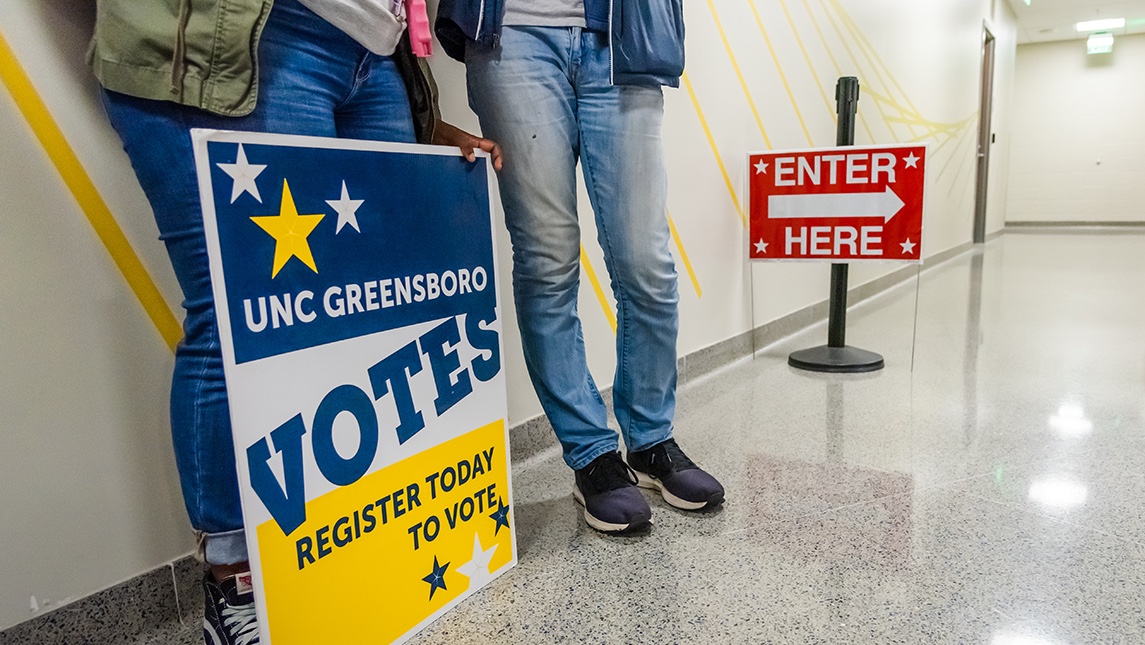 The voting rate for young people is on the rise, and UNCG’s rate is among the highest in the nation. Seventy-four percent of the student body voted in the 2020 election. The students, faculty, and staff behind the UNCG Votes Initiative aim to keep that rate up for the 2022 midterm elections.

“A midterm is just as important as a presidential election,” says Kristina Gage, associate director for civic engagement at UNCG. “Voting is a habit, not just something we do every four years. We want to help students understand that local issues in our state impact them and that they need to have a voice in them.”

Gage says the majority of UNCG students who vote, vote early. For this midterm, UNCG Votes Initiative organized a “Roll to the Polls” shuttle from campus to voting sites the week of October 20, when early voting started. They also organized registration drives, held a “Free Speech and the Inclusive Campus” event on Constitution Day in late September, and hosted “Voting 101” sessions organized and led by Democracy Fellows, paid undergraduate positions that work on civic engagement programming throughout the year.

“Democracy Fellows are on the front lines at tables, driving shuttles to the polls, leading Voting 101 sessions, and coming up with really clever, creative ideas to engage our students,” Gage says.

Among those ideas was Halloween-themed “voting isn’t scary” to remind students of the upcoming midterms and how to vote. In the spring, they will do a “fall in love with voting” event around Valentine’s Day that will encourage students to vote in the primaries. Next week, look for the Party at the Polls event on Election Day.

The goal of the Democracy Fellows program is to have civically engaged students work with their peers to participate in the democratic system and have their voices heard. The events hosted by the fellow are non-partisan and friendly to all political ideologies.

This year UNCG received the Highly Established Action Plan Seal for 2022 from the All In Campus Democracy Challenge, recognizing the university’s work to increase nonpartisan democratic engagement by promoting civic learning, political engagement, and college student voter participation. UNCG was also named one of the nation’s best colleges for student voting by Washington Monthly and is designated as a Voter-Friendly Campus by Fair Elections Center’s Campus Vote Project and NASPA’s NASPA Lead Initiative.

It’s all about educating students about their role in our democracy and letting them know that their voice and vote impact local, state, and national elections. Next week, that means voting in the midterm elections on November 8.

Have Your Voice Heard

“This midterm is really important for North Carolinians, we have a tight Senate race,” says Gage. “I don’t want students to miss out on participating in this opportunity to have a say. Even though it’s not a Presidential election, participation has a huge impact on the outcome, regardless of which way students vote. It’s important to have your voice heard.”

For more information, follow #UNCGVotes or visit the the student voting site. 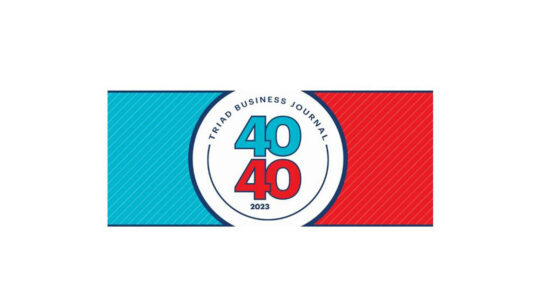