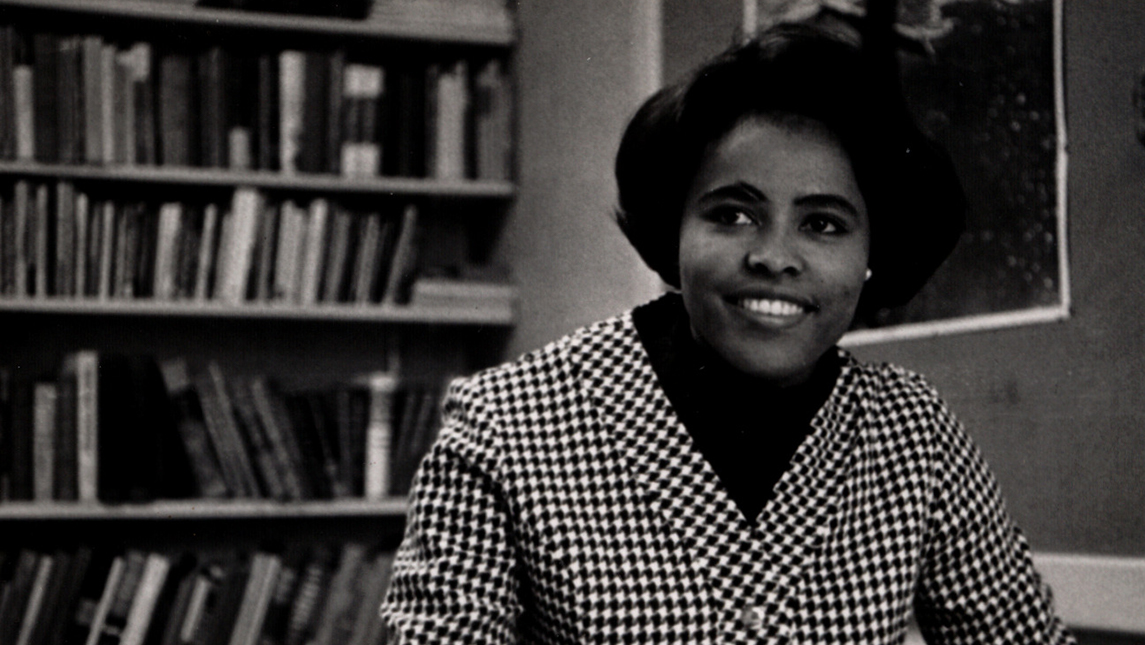 Dr. Ernestine Small felt compelled to apply for a teaching position at UNC Greensboro, even though she had other job opportunities.

UNCG had announced in the mid-1960s that it was opening a nursing school. Small thought it would be a great opportunity to expand her career and be a part of something new if she got hired.

When she interviewed to be an instructor in 1967, Small wasn’t aware that the University had never had a Black faculty member.

“I went to Black schools. I went to segregated schools. We had the Supreme Court ruling about separate-but-not-equal schools, and so maybe I believed it. Maybe we were in a different time,” Small said. “So, I decided I would apply to UNCG, not knowing how it would turn out.”

Small interviewed with Dr. Eloise Lewis, the founding dean of the UNCG School of Nursing. Small felt at ease as soon as the two women started talking, and she left the interview believing she would get the job.

After Small was hired, Lewis informed her that she had broken UNCG’s faculty color barrier. She was one of the initial six faculty members hired in the School of Nursing, and she remains a key figure in the University’s history 55 years later.

“After speaking with Miss Small, it is apparent that she was a force to be reckoned with. She was a builder, a uniter, and an agent for change,” said Dr. Debra Barksdale, dean of the School of Nursing. “It was giants like her who paved the way for me, the School of Nursing’s first African American dean. For that, I am eternally grateful. “

Small spent 24 years at UNCG, teaching medical-surgical nursing courses until she left in 1991 for an administration position at North Carolina Central University.

“I’ve always believed that I was just an instrument for change, and I was where I was supposed to be,” said Small, who continues to work as a nurse education coordinator with the Shelby County Health Department in Memphis, TN. “So, the rest is the history.”

Over the years, Small has found herself in a position to affect change. She was the first African American to serve as president of the North Carolina Nurses Association, from 1979-81.

Small participated in the Civil Rights Movement in the early 1960s while attending Tuskegee University. She saw angry White spectators throw objects and heard them use racist terms as she marched through downtown Tuskegee with other students and campus staff.

Her first job after graduating from college was as a registered nurse in the medical-surgical unit at Moses H. Cone Memorial Hospital. At the time, the hospital’s cafeteria was segregated and was for only Whites. The hospital’s Black staff ate in the kitchen.

“One day the director of nursing – now this was in the first year of me being there – came to me and said, ‘I’m asking you to go with me tomorrow to eat in the cafeteria.’ I said, ‘What cafeteria?’” Small said.

“She said, ‘The large cafeteria.’ And she said, ‘The board of directors has made a decision that they’re going to end segregated seating. So, I’m going to go in with you.’ I joined her, and the cafeteria was desegregated that day.”

Small grew up as one of five siblings on her grandfather’s peanut and cotton farm in Pleasant Hill, N.C. When it was cotton harvesting season, she’d wake up at 4 a.m. so she could be finished picking cotton by around 3 p.m., before the hottest time of the day.

Small said she saw strong Black role models around her small, rural community in Northampton County. She had Black teachers, and there were Black doctors, Black businessmen, and members of her family who were educated in various disciplines.

Small was inspired to become a nurse after a nurse came to her one-room elementary school that was segregated to give all the students their immunization shots. Small said she was transfixed by the smell of the alcohol that the nurse rubbed on her arm before giving her a shot.

“I do not know why the smell of alcohol motivated my career decision,” Small said, laughing. “So, I was very interested in what she did, how she got my attention, and how she did it. Again, she was another role model. She was a nurse.”

While Small was UNCG’s first Black faculty member, she said there were Black staff members working at the University when she was hired, including one who became a close friend. She was director of the childcare center and often a lecturer in the in the School of Education and other departments.

A member of the Class of 1970, LaVonne Fisher said she was in awe of Small with her engaging smile and infectious laugh. While she was demanding during clinical rotations and expected her students to know about different diseases, medications, and treatments, she was also supportive.

“Ernestine is the reason I became a nurse. One day when I fainted twice during the same procedure, I gathered my things to give serious thought to other careers,” said Fisher, who retired as administrator of formerly The Women’s Hospital of Greensboro.

“She appeared out of nowhere. We went to the soda shop, and she began to tell me stories of being a student nurse and her early career. I laughed until I cried. It gave me courage to relook at nursing for which I am so grateful.”

Small said her two children and five grandchildren are aware of her past but perhaps don’t understand the full extent of her history as a protestor during the Civil Rights Movement and then as a trailblazer at UNCG.

It was a different time back then.

“It was an opportunity that I will always consider a blessing,” Small said of working at UNCG. “It was life-changing, a game-changing experience that launched my professional career as a nursing educator and administrator. UNCG will always hold a very special and unforgettable place in my heart.”