UNCG on TV: Your binge watch list for summer 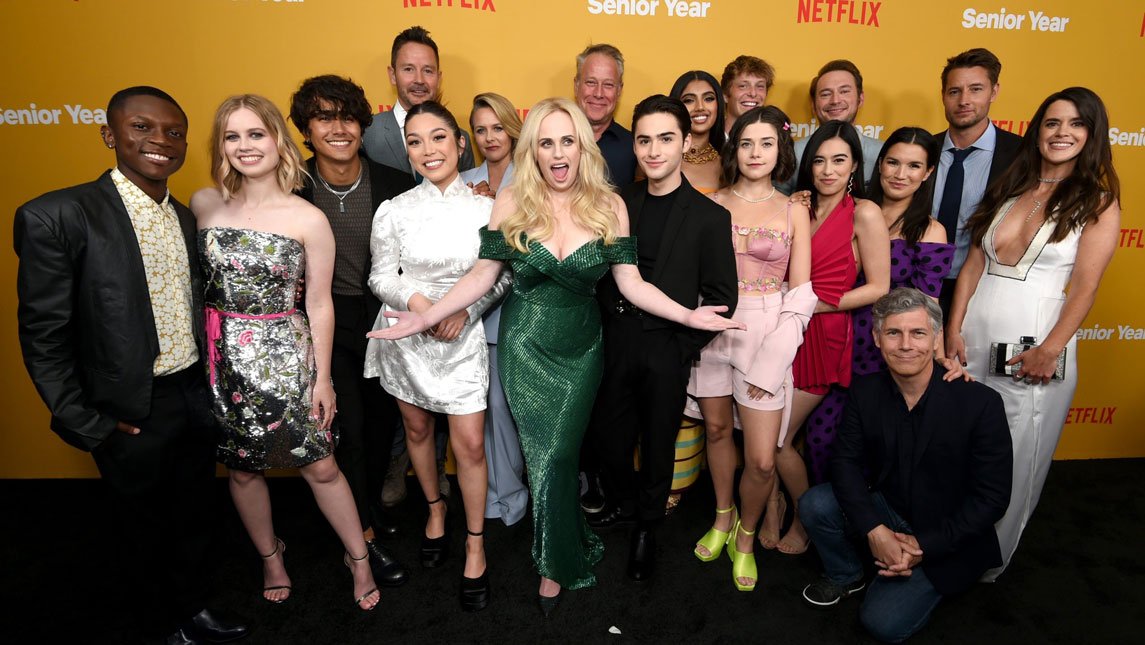 Summertime grants many of us free time to relax, recharge, and finally chip away at that list of shows we’ve been wanting to binge watch. If these UNC Greensboro famous faces aren’t part of your summer 2022 watch list, be sure to add them to the queue. You won’t be disappointed!

UNCG alumnus with a BA in drama, Tyler Barnhardt has a recurring guest role on the new show “Bel Air,” “The Fresh Prince of Bel Air” reboot on Peacock Streaming Network. He’s also portrayed Charlie St. George in “13 Reasons Why,” and appeared in other popular shows such as “This Is Us,” “Bull,” and “Scorpion.” He most recently appeared in Netflix’s new movie “Senior Year” with Rebel Wilson.

After graduating with a BA in drama, Dan Black moved from acting into the production side of TV and film. Teaming up with writer/director Phil Blattenberger, Black was an executive producer on “Point Man” (2018), a film about a U.S. Army fire team left behind enemy lines in Vietnam, 1968. Using what they learned from that experience, the duo collaborated again on the bigger and more ambitious feature film “Condor’s Nest” (along with Mike Tourek). This film traces the journey of a former Nazi hiding out in South America while being hunted by a Mossad agent and a CIA agent.

Since earning her BA in psychology and MS/EdS in counseling, with a concentration in couples and family counseling from UNCG, therapist-turned-screenwriter Emily V. Gordon earned an Oscar nomination for “The Big Sick.” She has had her hand in a variety of projects, often alongside her husband Kumail Nanjiani, such as Apple TV’s “Little America” as a writer, co-developer, and executive producer. As its second season is filming, she’s also an executive producer for Hulu’s “Immigrant,” an upcoming limited series based on the story of Chippendales founder Somen “Steve” Banerjee.

Anneliese Judge is a current UNCG consumer, apparel, and retail studies major with a minor in Business and a concentration in consumer studies. She is also a professional actress, portraying Annie Sullivan, a series regular on Netflix’s “Sweet Magnolias,” and Jessica Waters in the social horror film “Where’s Rose.”

David Rothley earned an MFA in creative writing from UNCG. With his background in running a story department and his experience working with creative executives and producers, he has written for television, digital media, and feature screenplays. He recently sold his spec script to Sony Pictures for “The Dryline,” an action thriller that follows a kidnapping and ransom negotiator as she struggles to find a missing nine-year-old boy and keep them both alive.

UNCG former student Brad Smith is behind the beautiful and cinematic scenes in Netflix’s “Outer Banks.” From a UNCG student who studied in what is now the Department of Media Studies to a cinematographer who has worked on shows such as “Friday Night Lights,” “The Americans,” and, most recently, “Billions,” Smith advises students to “figure out your niche, define it, and put all your effort into it.”

Mike Tourek earned his MFA in acting from UNCG and has accumulated an impressive list of on-screen performances since then. He played the recurring role of Ash in the early seasons of Netflix’s “Ozark” and recently portrayed Roman Calhoun for 4 episodes in Season 11 of “The Walking Dead.” He wrapped shooting on the post-WWII film “Condor’s Nest” (produced by Dan Black), which is currently in post-production. He spends time off-camera as an adjunct professor in UNCG’s School of Theatre as well as other colleges in the area. He tells his students, “Do it for the love. Do it for the art. Put yourself out there and then let it go.”